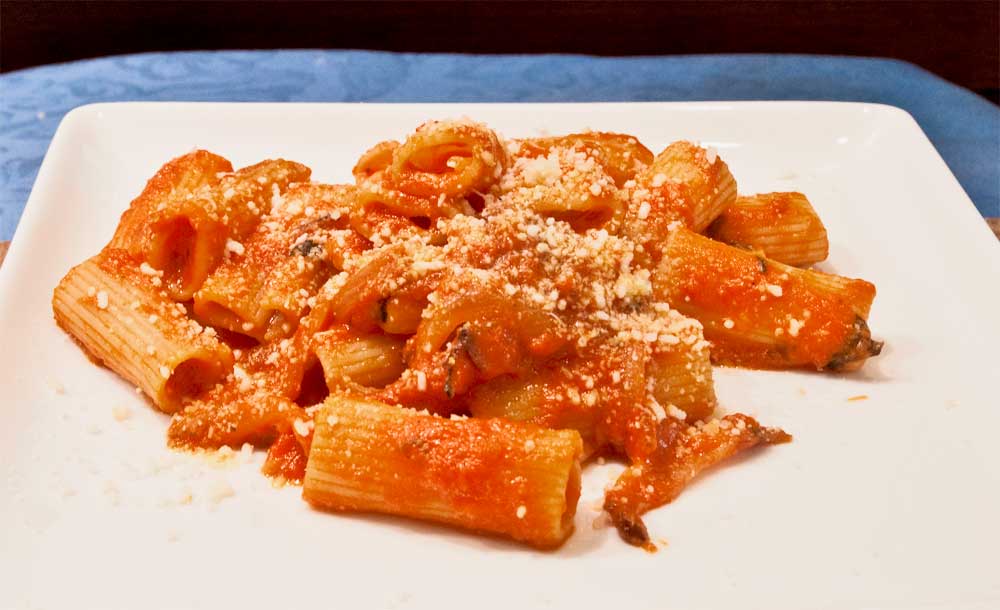 This exquisite yet simple dish of the roman cuisine was originally prepared without tomatoes, which were introduced in the recipe after the discovery of the Americas.

Put a pot of water to boil for the pasta. While you wait for the water to boil, heat up some oil in a skittle on high heat and throw in the chopped onion. Let sizzle until transparent like. Now add the pork and let it braise with the onions for a couple of minutes. Then add the vinegar and the wine and let it evaporate. When the wine has almost comletely evaporated, add the tomatoes, stir together and let it cook at moderate heat for 20 minutes. Cook the pasta as instructed on its box, drain it of the excess water and mix it with the sauce and some of the cheese. Serve hot with some more cheese on top of each dish.